Garland is the chief judge of the US Court of Appeals for the District of Columbia Circuit. He was nominated by Bill Clinton. Garland’s nomination languished in the Republican controlled Senate until after the 1996 election.

Republicans did not specifically object to Garland’s liberal views, but rather said the DC court did not need another judge and objected to the additional “cost to taxpayers of $1 million a year,” according to Senator Chuck Grassley.

As deputy assistant attorney general in the Criminal Division of the Clinton Justice Department, Garland supervised the prosecutions of Timothy McVeigh and Terry Nichols in the Oklahoma City bombing case. He was responsible for major decisions in the case, including seeking the death penalty for McVeigh.


David Knight discusses the 2nd Amendment and how Donald Trump is a proven supporter of it.

Even the corporate media agrees the chance of falling victim to a terrorist in the United States is at best remote.

“In the United States, an individual’s likelihood of being hurt or killed by a terrorist (whether an Islamist radical or some other variety) is negligible,” The Washington Post reported following the Paris attack.

Many call for impeachment of president after he announces executive actions

Alex Jones breaks down the reactions to Obama’s unilateral assault on gun rights.

Find out the truth behind the president’s upcoming executive orders

On the surface, the President’s proposals seem “common sense” but behind Obama’s crocodile tears there lies a much more sinister effort to accelerate the globalist’s long-awaited disarming of America.

What Does Obama’s Gun Grab Mean?

Americans critical of government could have their Second Amendment rights restricted if psychologists diagnose them with “Oppositional Defiant Disorder” or a similar diagnosis as a result of Obama’s new gun control executive action.

Alert: Total Assault On The 2nd Amendment Under Way!

Louis Navellier, known for his stock selection prowess, is betting on two firearms companies that have been swept up in a nationwide buying frenzy sparked by Americans concerned about President Barack Obama‘s intentions regarding gun control and their safety following terrorist attacks in San Bernardino, California, and Paris late last year.

Navellier said he owns Sturm Ruger and Smith & Wesson, which were both sharply higher Tuesday morning, ahead of Obama’s planned formal announcement about executive actions he wants to take to restrict gun sales. 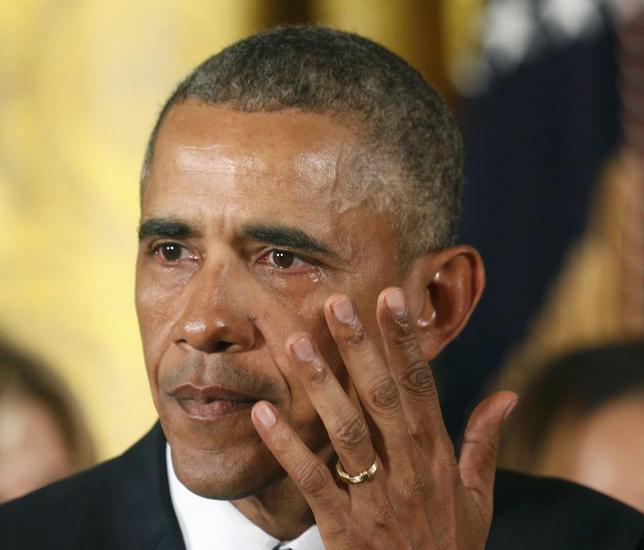 President Barack Obama made an emotional plea on Tuesday in defense of his administration’s plan to increase background checks for buyers of firearms over the Internet and at gun shows, saying current exceptions do not make sense.

“We’ve created a system in which dangerous people are allowed to play by a different set of rules,” Obama said in address in the White House East Room.

Obama said the new guidance is “not a plot to take away everyone’s guns.”

“I believe we can find ways to reduce gun violence in ways consistent with the Second Amendment,” he said, referring to the constitutional right to bear arms.

Obama’s Crocodile Tears in Fight to Eradicate the Second Amendment

Obama defended the proposed actions, which have yet to be specified, following a meeting with Attorney General Loretta Lynch and FBI Director James Comey.

“These are not only recommendations that are well within my legal authority and the executive branch but they’re also ones that the overwhelming majority of the American people, including gun owners, support…” he added.

According to reports, President Obama is expected to expand background checks while also barring Americans secretly placed on the government’s controversial no-fly list from purchasing firearms.