A 60 Minutes crew from Australia, headed by Liz Hayes and guided by Jan Sjunnesson, were attacked by immigrant youths in the Stockholm suburb of Rinkeby, also called “Little Mogadishu”.

This afternoon a TV crew from the Australian 60 Minutes TV program, had found the way to the immigrant-dense suburb of Rinkeby in Stockholm.

After the visit the journalists said that they have been to Somalia, Syria and Iraq, but they have never experienced conditions similar to those in Sweden.

The TV crew got an insight into the Swedish multicultural society that they are never going to forget.

The TV crew was in the Stockholm suburb of Rinkeby to depict the mass immigration to Sweden, and do interviews with local residents. The team barely got into Rinkeby before it was attacked for the first time, writes Avpixlat.

When a cameraman from 60 Minutes went out of the car, suddenly a car came up close beside him. The African driver of the car began to argue about why they were filming in Rinkeby. After a few minutes he ran across the foot of the cameraman, who tumbled to the ground and lay in agony. Another cameraman filmed the whole incident.

The camera man was not seriously injured, however, and was able to continue the job, but with significant pain. The police arrived at the site 10 minutes later and six policemen guarded the TV team, which consisted of three camera men and broadcaster Liz Hayes, in addition to Jan Sjunnesson from Avpixlat, who guided them in Rinkeby. 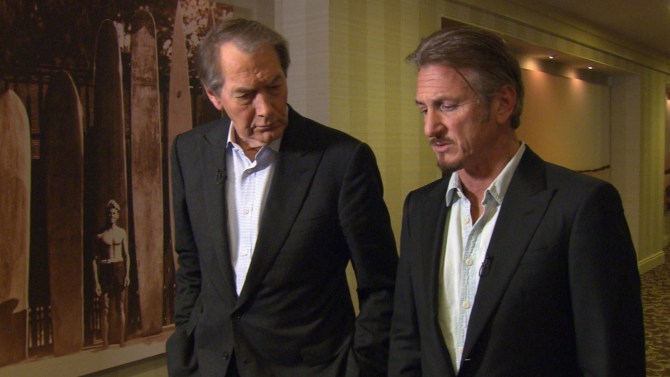 With a football audience of more than 40 million viewers serving as its lead-in, CBS newsmagazine “60 Minutes” — whose stories included Charlie Rose’s interview with Sean Penn — surged to some of its best ratings in years Sunday. Also of note Sunday was a solid showing by the Democratic debate on NBC, which appears to have drawn about 10 million viewers.

Reliable time zone-adjusted ratings won’t be available for a day or two, but last night’s “60 Minutes” averaged roughly a 4.7 rating/14 share in adults 18-49 and 20.3 million viewers overall. These preliminary Nielsen averages are based on how the network’s affiliates performed in the 8 p.m. hour and don’t accurately reflect West Coast viewing, where the program aired at its regular 7 p.m. time, but they figure to be a decent approximation of the show’s performance. 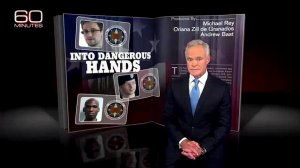 It was part of an examination of what U.S. government officials perceive to be serious flaws in the process by which the Office of Personnel Management (OPM) reviews security clearances granted to government employees, but the framing made it seem like architects of “insider threat” programs from U.S. security agencies and politicians, who support total surveillance of government employees in the workplace and while they’re at home, had produced the segment.

Using language that would scare everyone’s grandparents, the CBS show used “fugitive” to describe Snowden, “convicted spy” to describe Manning (even though she is not), and “mass murderer” to describe the Navy Yard shooter Aaron Alexis. Anchor Scott Pelley amplified the terror by adding they all had “one thing in common: U.S. government security clearances which they turned into weapons.”

“Some believe that Snowden and Manning were right to expose what they saw as government abuses like the NSA’s domestic surveillance program, but few believe that all of America’s secrets should be at risk to spies, criminals, or the mentally ill,” Pelley added. “That has happened because of short cuts in a system that has placed American security into dangerous hands.” Once more, “60 Minutes” primed grandmothers across the country to tremble in their chairs while thinking of dangerous subversives lurking in the dark corridors of American security agencies. 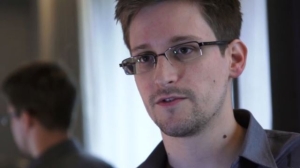 It was part of an examination of what U.S. government officials perceive to be serious flaws in the process by which the Office of Personnel Management (OPM) reviews security clearances granted to government employees, but the framing made it seem like architects of “insider threat” programs from U.S. security agencies and politicians, who support total surveillance of government employees in the workplace and while they’re at home, had produced the segment. 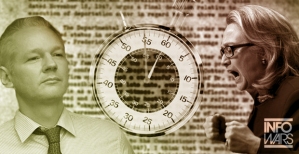 Crowley went on to inform Clinton, who has railed against Assange since Wikileaks’ inception, that their collusion with 60 Minutes would prepare them for a response to “the narrative Assange presents during the program.”

According to Crowley, the federal government’s intervention into the program was designed to “balance” the reporting.

“We had a number of suggestions for outside experts and former diplomats to interview to ‘balance’ the piece,” Crowley adds.

As noted by Mashable’s Jason Abbruzzese, “Of the more than 7,000 emails released, Wikileaks turn up in about 50 of them.”

“The documents released show that Clinton and her staff were worried about Wikileaks — but they were also cheered by some of the positive press for U.S. diplomats that resulted from the release of clandestine U.S. diplomatic documents,” Abbruzzese writes.

Assange has been a noted critic of Clinton for the past several years, calling the former secretary of state’s positions “more hawkish than Barack Obama’s.”