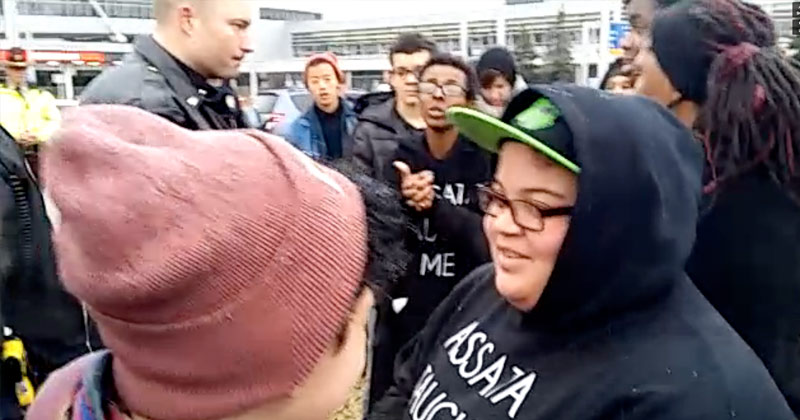 After filling the mall rotunda, warnings from the mall that they would be arrested prompted demonstrators to move the protest to nearby light rail trains, taking the Blue Line to the airport’s Terminal 2 (Humphrey), chanting from a stairwell outside the terminal since police blocked them from entering. The airport shut down security checkpoints at Terminal 2 for about 30 minutes in case protesters made it inside the airport, also preventing passengers from getting through.