“A lot of folks don’t believe in public policy,” Sharpton said. “But this is not their holiday. This is Dr. King’s day. This ain’t your birthday. And Dr. King was about public policy.

“On your birthday we’ll eat chitlins and watermelon and drink some sweet iced tea because that’s what you do. But on his birthday, on his holiday, we do what King does. We’re going to march.We’re marching about minimum wage. Fifteen dollars an hour minimum wage.”

Asked if Mr. Emanuel could continue in his job, Mr. Sharpton replied: “I don’t see how he can continue governing now…now I think he’s gone beyond the point where he can even govern…certainly from where I sit he should [step down] because [the people] have clearly said ‘how do we trust this kind of administration to correct when you have this going so far off track and you’re not even showing up and dealing with it.’”

On Sunday evening, Mr. Emanuel called for changes in police officer training. The order was made the day after a Chicago officer fatally shot Bettie Jones, 55, and Quintonio LeGrier, 19, while answering a call about a domestic disturbance. 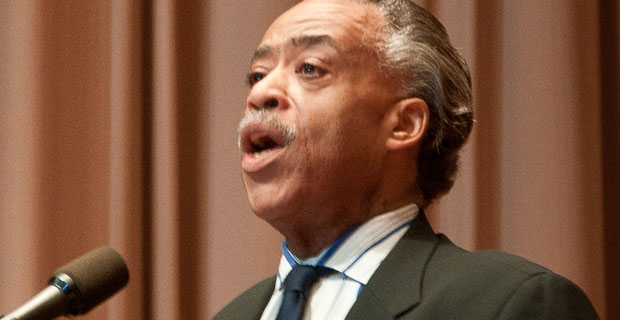 Mr. Emanuel is vacationing in Cuba, while demonstrators are circulating petitions for his resignation, and protesters blocked traffic on the city’s famed shopping district on Michigan Avenue on Christmas Eve chanting “Rahms got to go in 2016!”

The Rev. Al Sharpton is getting ready to launch a “Media Watchdog Group” on the Internet.