Saudi Arabia-led coalition forces airdropped cluster bombs on residential neighborhoods in Yemen’s capital, Sanaa, early on January 6, 2016. It is not yet clear whether the attacks caused civilian casualties, but the inherently indiscriminate nature of cluster munitions makes such attacks serious violations of the laws of war. The deliberate or reckless use of cluster munitions in populated areas amounts to a war crime.

“The coalition’s repeated use of cluster bombs in the middle of a crowded city suggests an intent to harm civilians, which is a war crime,” said Steve Goose, arms director at Human Rights Watch. “These outrageous attacks show that the coalition seems less concerned than ever about sparing civilians from war’s horrors.”

Residents of two Sanaa neighborhoods described aerial attacks consistent with cluster bomb use. A resident of al-Zira`a Street told Human Rights Watch that his family was awakened at 5:30 a.m. on January 6 by dozens of small explosions. He said that he had been at work, but that his wife told him that when the family fled they saw many homes and a local kindergarten with newly pockmarked walls and broken windows. 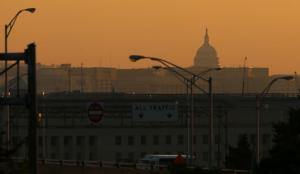 U.S. overseas defense sales reached the second-highest end-of-year figure in Pentagon history after $46.6 billion worth of hardware was sold in fiscal year 2015, with military officials citing the wars against the Islamic State militant group as the driving force behind the significant increase. Despite the good news for the country’s aerospace and defense sector, which had seen a dip in U.S. arms acquisition at home since the end of the Iraq and Afghanistan wars in late 2011 and 2014, respectively, overseas sales were expected to drop in 2016 due to the general correlation between OPEC oil prices and military spending abroad, according to a Defense News report Sunday.