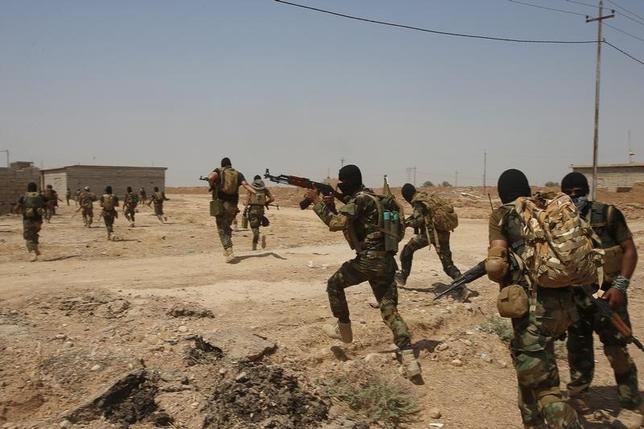 Asaib Ahl al-Haq, Kata’ib Hezbollah and the Badr Organization are the principle focus of the investigation into the armed kidnapping of the three Americans in the Dora neighborhood, south of Baghdad, the sources said.

The three men are employed by a still-unidentified small company doing work for General Dynamics under a larger contract with the U.S. Army.

The U.S. government is aware of reports that three U.S. citizens have gone missing in Iraq and is working with Iraqi authorities to find them, a U.S. State Department official said on Sunday.

“We are aware of reports that American citizens are missing in Iraq,” the State Department official, who spoke on condition of anonymity, said when asked about pan-Arab news channel Al Arabiya’s report that three U.S. citizens were said to have been kidnapped in Baghdad. “We are working with the full cooperation of the Iraqi authorities to locate and recover the individuals.”

The US embassy in the Iraqi capital said it is aware of the reports but cannot comment as of yet.

US State Department spokesman John Kirby said that the US government has been informed of the reports of missing American citizens in Iraq and is “working with the full cooperation of the Iraqi authorities to locate and recover the individuals.”

“The safety and security of American citizens overseas is our highest priority,” Kirby added in his statement.

ISIL militants aren’t going to find a safe haven from Russian airstrikes in Iraq after the country’s parliament gave Russia the green light to conduct airstrikes against ISIL targets in Iraq.

“Iraq agreed with Russia, which leads the joint data center, to hit the ISIL militants heading from Syria into Iraq,” al-Zameli said, highlighting the fact that the move would also cut off ISIL supply routes from Iraq into Syria, as cited by Fars.

The deadliest attack took place on Saturday (local time) in the Shiite district of Habibiya, where 15 people were killed when a car bomb exploded near an open area where cars are displayed for sale.

“The investigation, based on footage from a surveillance camera, showed a man parking a white car and sneaking into a nearby tea kiosk. Five minutes later the car exploded,” said police officer Murtatha Abid Ali at the scene of Saturday’s explosion, which wounded a further 35 people.