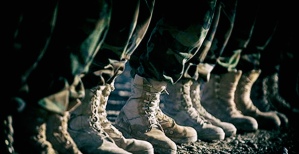 If it take 50,000 troops going in there and cleaning out Raqqa, the capital of the Islamic State, do it,” said Bill Kristol. “If ISIS is going to be destroyed, America has to be in the lead… you are going to need troops on the ground.”

“Yes,” Kristol said with a condescending tone, “Americans are a little war weary and they’re worried about another intervention in the Middle East, but at the end of the day the candidate who articulates a credible strategy for destroying ISIS will be stronger, not weaker on the Republican side.”