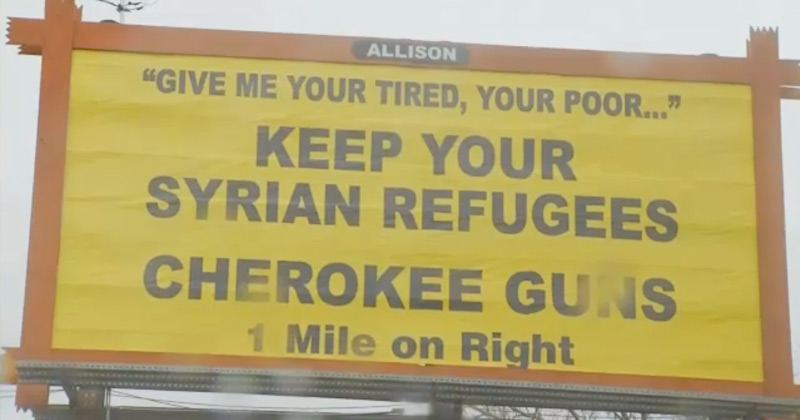 ABC 13 spoke to Cherokee Guns’ “Doc” about the billboard, and he told the outlet he “didn’t put the billboard up on any kind of hate type bias.” Rather, “it was just something that was [his] opinion … what’s going on in the world today.” Doc said he believes that “we really need to take care of our own before we take care of all these refugees.”

The sign comes amid a national debate concerning whether the US should accept Syrian refugees following the Paris massacre which claimed over 120 lives.

A gun store and shooting range in Oklahoma City made a similar stance earlier this year when it decided to disallow Muslims from purchasing firearms at their establishment.

Gun Shop Billboard: ‘Give Me Your Tired, Your Poor,’ but ‘Keep Your Syrian Refugees’ 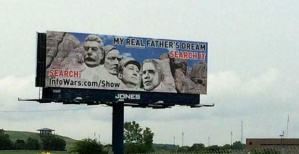 Editor’s Note: Despite the claims of this author, Alex Jones interviewed Buzz Aldrin about the moon landings and has repeated asserted his belief that they happened. The latter paragraphs of this article are good examples of how local and national news outlets have increasingly moved away from objective journalism toward biased news “reports” that promote a “big government” agenda pushed by the authoritarian Southern Poverty Law Center who routinely demonize the First Amendment. The real point to focus on is Obama’s link to communist Frank Marshall Davis.