Senior Moe Khalil joined the Honors Program at Illinois State as a transfer student because of the unique experiences it provides students. Khalil’s favorite opportunities in the Honors Program include initiating Honors Contracts and collaborating with faculty through Honors Research.

Khalil, a molecular and cellular biology major, has collaborated with instructors in an impressive nine upper-level biology and chemistry courses. His main work was done in the lab of Assistant Professor of Molecular Neuroethology Andres Vidal-Gadea lab.

What inspired Moe to immerse himself in research? After taking an introductory course in neurobiology, Khalil became fascinated with the role of the nervous system in many neuro-genetic disorders. Khalil then studied this disorder in worms, which share a similar gene with humans. His Honors Contracts resulted in products that utilized his writing and critical thinking skills, among other Dimensions of Honors Learning, such as Information Fluency.

“Completing Honors Contracts has been an important part of my success in college,” Khalil said. “It has allowed me to develop a unique relationship with my professors and dig deeper into the subject.”

“The species is named after and dedicated to Charles A. Msuya, a pioneer of Tanzanian herpetology, who collected the first known specimen attributable to this species and has spent most of his life studying Tanzanian wildlife,” they wrote in a paper published in the journal Acta Herpetologica. 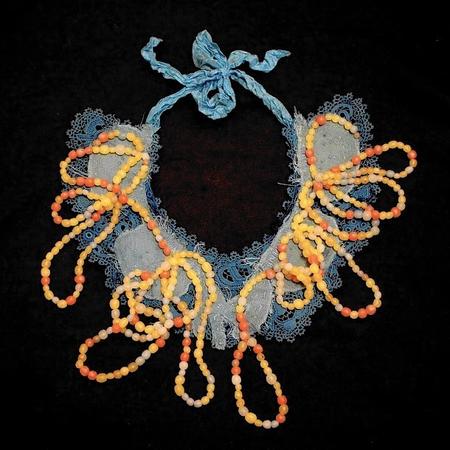 Artists from around the globe will showcase their understanding of art and biology in an exhibit opening Saturday at UC Irvine‘s Beall Center for Art + Technology.

The display, called “Wetware: Art Agency Animation,” will include works created by three artists during a three-week UCI residency in October and November. Six other artists also are featured, from locations such as Mexico City, Michigan, Pennsylvania and Vienna, Austria.

In July, the university put out a call for an artist to complete a piece that would incorporate biological or computational materials in a style called synthetic biology.

Interested artists submitted proposals in August for a chance to stay in Irvine and work with science professionals on campus to develop their artwork.

In the end, British artist Anna Dumitriu and Berlin duo Evelina Domnitch and Dmitry Gelfand were chosen for the residency.

In a new paper published in the journal Science, four professors argue that genetic concepts of race are flawed, confusing and potentially harmful and have no place in biological research. “We believe the use of biological concepts of race in human genetic research — so disputed and so mired in confusion — is problematic at best and harmful at worst. It is time for biologists to find a better way,” researchers wrote. The four study authors say genetic or biological concepts of race don’t stand up to scientific scrutiny. Scientists would be better off using terms like “ancestry” and “population” when considering genetic similarities and differences among groups of people, reports UPI Researchers call ancestry a “process-based” designation, linking an individual with his or her genealogical past. “Race, on the other hand,” researchers write, “is a pattern-based concept that has led scientists and laypersons alike to draw conclusions about hierarchical organization of humans, which connect an individual to a larger preconceived geographically circumscribed or socially constructed group.” The study’s authors include: Dorothy Roberts, a sociologist and professor of African studies at the University of Pennsylvania; Sarah Tishkoff, a genetics professor at Penn; Michael Yudell a professor at Drexel University’s Dornsife School of Public Health; and Rob DeSalle, a genetics researcher at the American Museum of Natural History.-Asfar

A group of scientists are urging their colleagues to take a step forward and stop using racial categories when researching and studying human genetics.

“It is time for biologists to find a better way,” concludes the opening passage of a recently published paper inScience, written by Drexel School of Public Health’s Michael Yudell, the University of Pennsylvania’s Dorothy Roberts and Sarah Tishkoff, and the American Museum of Natural History’s Robert DeSalle.

Yudell and his co-authors point to evidence from phylogenetics and population genetics “that racial classifications do not makes sense in terms of genetics.” When applying simple biological methods, the co-authors contend that commonly defined racial groups “lack clear-cut genetic boundaries.”

One clear problem with using race as a distinguishing factor in modern biology and medicine is that “racial assumptions are not the biological guideposts some believe them to be,” the co-authors said. Furthermore, they point to how the continued use of race in genetic studies has fueled racist beliefs, so much so that leading biologists were forced, in 2014, to refute claims about “the genetic basis of social differences between races.”

It’s also important to not confuse ancestry with the concept of race, the co-authors point out.

“Ancestry is a statement about an individual’s relationship to other individuals in their genealogical history; thus, it is a very personal understanding of one’s genomic heritage,” they said. “Race, on the other hand, is a pattern-based concept that has led scientists and laypersons alike to draw conclusions about hierarchical organization of humans.”

As such, the team of experts believes that race should be phased out from genetic research and more deliberate language like “ancestry or population” used to describe the grouping for studies. Those terms should also be “clearly define[d].”

Race has long been used to explain the relationship between our ancestry and our genes, but a new paper argues it is time to find a better way. Amy Middleton reports.

A powerful paper published this month in the journal Science condemns the use of race as a classification in the genetics, health and medicine, and encourages the use of terms such as “population” and “ancestry” to describe a group of genetically similar humans.

The paper suggests that racial stereotyping in science is no more “scientific” than making assumptions about people based on their race in everyday life.

Stereotyping is neither practical or logical – and nor is it relevant or necessary enough to justify the harm that comes from furthering race-based stigma and prejudice, the paper argues.

“We believe the use of biological concepts of race in human genetic research – so disputed and so mired in confusion – is problematic at best and harmful at worst,” the paper states.

Techdirt readers hardly need to be reminded that, far from promoting innovation, patents can shut it down, either directly, through legal action, or indirectly through the chill they cast on work in related areas. But not all patents are created equal. Some are so slight as to be irrelevant, while others have such a wide reach that they effectively control an entire domain. Patents on a new biological technique based on a mechanism found in nature, discussed in a long and fascinating piece in the Boston Review, definitely fall into the second category. Here’s the article’s explanation of the underlying mechanism, known as CRISPR-Cas: