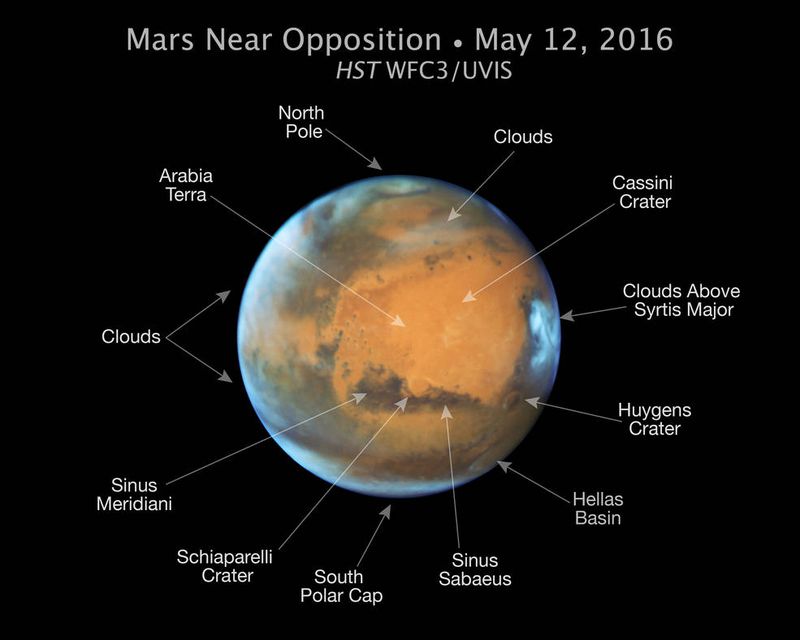 Over the weekend, skywatchers got a rare treat. The planet Mars was bigger and brighter than it has been in a decade. That’s because Mars and the sun were aligned in “opposition.” When that happens, the planet shines extra bright in the night sky.

A bonus was the fact that Mars is nearing its closest approach to Earth, so it appears larger than usual to us.

In the weeks before and after opposition, Mars is easy to view with the naked eye. So what happens, then, when you point humanity’s most famous telescope at it?