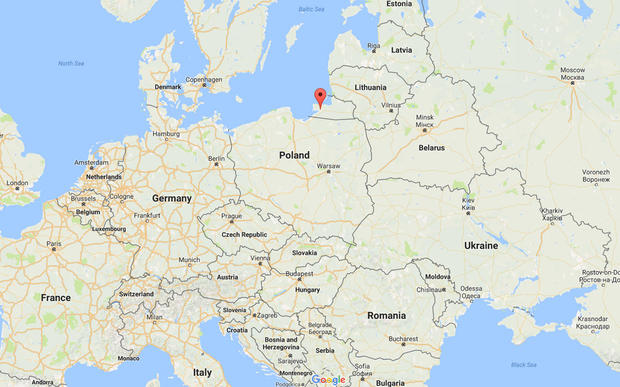 Russia will deploy two advanced missile systems to its far-west territory of Kaliningrad in a direct response to NATO expansion in eastern Europe, a pro-Kremlin Russian lawmaker said Friday.

Kaliningrad is a parcel of land disconnected from the Russian mainland that sits on the coast of the Baltic sea, sandwiched between Poland and Lithuania.

A Russian deployment of S-400 surface-to-air missiles and nuclear-capable Iskander balistic missiles to Kaliningrad, with its proximity to NATO member states, will undoubtedly heighten concerns among leaders of the transatlantic security alliance, who were already nervous over incoming American leader Donald Trump’s commitment to their collective defense pact. 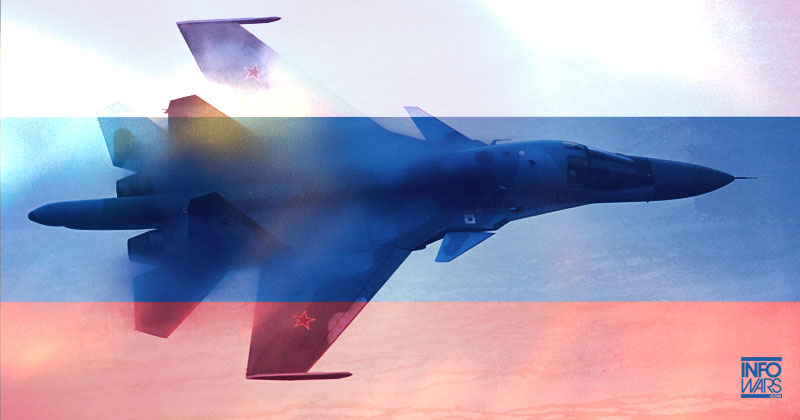 First, NATO and Kiev signed a letter of intent in February for cooperation between their special operations forces. Two months later American ambassador and current NATO Deputy Secretary-General Alexander Vershbow said it was time to bring the Ukrainian military “in line with NATO standards.” Barely one week later, though, the U.S. Ambassador to NATO ruled out NATO expansion for the “next several years.”

These muddled messages only cause confusion, provoking Russia while potentially false hope for Ukraine. For that reason, it’s time for Washington to make clear that Ukrainian accession to NATO is not on the table. Here’s why.

First, NATO possesses almost no ability to defend Ukraine. Russia has 270,000 troops and 700 jet fighters positioned on Ukraine’s southern and western borders. And as Russia demonstrated in 2015 when it sent 150,000 troops to surround Ukraine, Moscow can quickly mobilize its military in the event of a conflict. 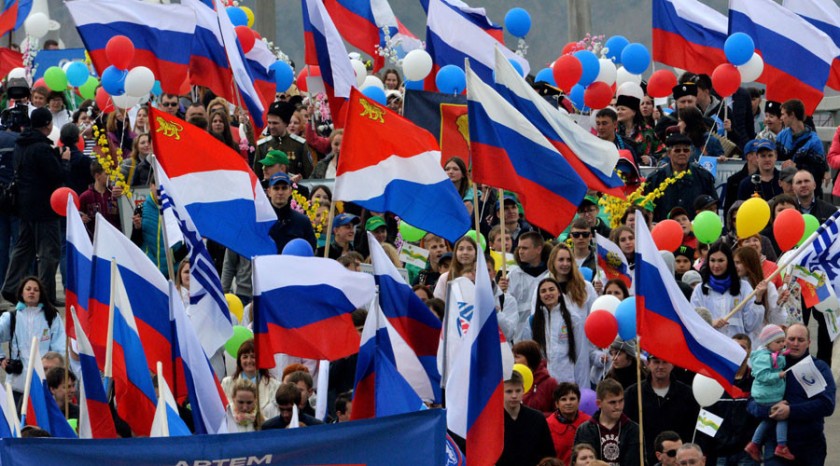 Sociologists have registered record growth in the Russian citizens’ interest to politics and researchers tie this fact to Russia’s recent successes on the international arena, especially its anti-ISIS operation in Syria.

According to the latest research conducted by the Public Opinion Foundation (FOM), 48 percent of Russians say they are interested in politics, which is the highest figure since 2001. Forty-nine percent of responders said that politics was not at the top of their interests’ list, and 3 percent said it was difficult to give a direct and simple answer to this question. For comparison, in 2010 the share of Russians who said that they considered politics to be an important subject was 30 percent and 64 percent said that they had no interest in politics whatsoever. 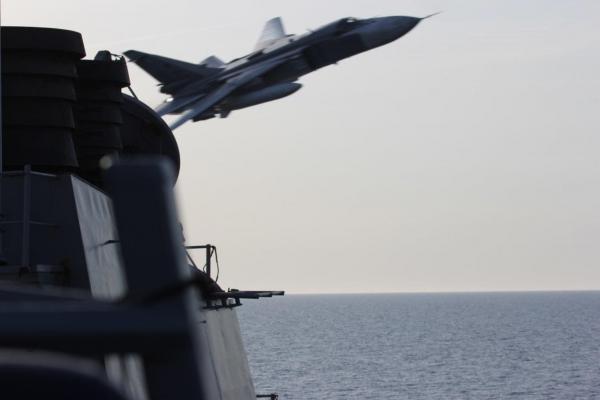 Russia is set to establish three new military divisions — around 30,000 troops — along its borders in a direct challenge to Western allies’ troop buildup in the region.

NATO revealed last month that it would be sending around 4,000 troops to Poland and the former Soviet countries in the Baltic.

Now Moscow has hit back by announcing its own plans to expand its military presence.

“The Defense Ministry is taking a series of measures in order to counter the expansion of NATO forces in direct proximity to the Russian border,” Defense Minister Sergei Shoigu said Wednesday on state television. 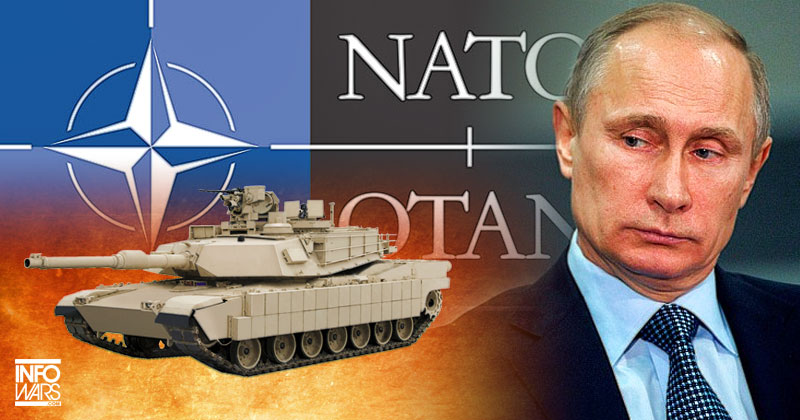 NATO revealed last month that it would be sending around 4,000 troops to Poland and the former Soviet countries in the Baltic.

Now Moscow has hit back by announcing its own plans to expand its military presence.

“The Defense Ministry is taking a series of measures in order to counter the expansion of NATO forces in direct proximity to the Russian border,” Defense Minister Sergei Shoigu said Wednesday on state television.

The U.S. admits that the upcoming Aleppo offensive by the Syrian government and its allies is designed to hit al-Qaeda and associated terrorist forces and not primarily the “moderate” unicorns the U.S. propaganda blushes about. But the openly U.S. supported forces will also be hit as they are very much integrated with al-Qaeda. The U.S. has for long considered al-Qaeda a secret ally in its attempt to destroy the Syrian state. The French magazine L’Orient Le Jour sees the U.S. relation with al-Qaeda in Syria as part of the attrition strategy the U.S. is waging against Syria (and Russia).

Russian President Vladimir Putin has become the focus of global attention again Thursday by holding his annual live call-in session. Just one day before, the Pentagon released a video of Russian warplanes flying close to a US guided missile destroyer, an act described as a “simulated attack” by the US.

According to the Pentagon, Russian aircraft buzzed the USS Donald Cook as the guided missile destroyer was conducting flight operations with a Polish helicopter in the Baltic Sea Monday and Tuesday. At one point the jets were as close as nine meters. The US has accused the Russian military of being unprofessional.

The Russian pilots have demonstrated high professional skills to conduct such extremely dangerous maneuvers. The US military, which intends to provoke Russia in the Baltic Sea, was humiliated by its Russian counterpart instead. The US must feel furious.

To some extent, the fighter jets that flew over the US destroyer are an embodiment of Putin, who for many years has repeatedly posed challenges to Washington adeptly. His response to the arrogant US pressure has helped reach an asymmetric strategic balance between Russia and the US.

But toughness is not enough for Putin to fulfill his presidential role. Russians submitted more than 3 million questions to his call-in, which ranged from consumer prices, housing, corruption to transportation. The Russian economy and public livelihood are more daunting tests for Putin. They have cast a shadow notwithstanding the Kremlin scoring diplomatic point 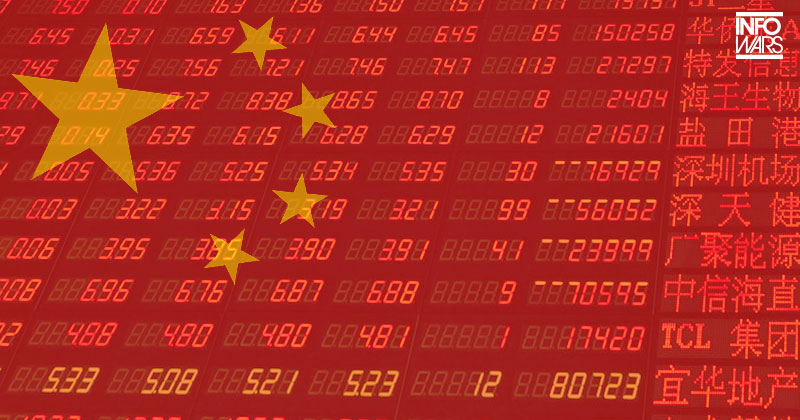 The IMF said policy choices in the world’s second largest economy would also have “increasing implications for global financial stability” in the coming years as the country opens up its bond and equity markets.

The fund said emerging market economies such as China, India, Brazil and Russia had driven more than half of global growth over the past 15 years.

Stronger trade ties and financial linkages meant spillovers from these countries had become “the norm, not the exception”, increasing the risk that future shocks could send powerful reverberations around the globe.

Last week, Bashar al-Assad celebrated one of the most significant (at least from a symbolic perspective)military victories in the history of his government’s campaign against opposition groups battling for control of Syria.

With the help of Russia and Hezbollah, Assad’s army liberated the ancient city of Palmyra from Islamic State. Palmyra is a UNESCO world heritage site and over the course of the last nine or so months, ISIS has obliterated a number of priceless artifacts on the grounds that they are monuments to paganism.

Needless to say, it’s better that Assad control the city than ISIS. Even the US State Dept. was forced to (begrudgingly) admit as much.

But Washington’s reluctance to celebrate the liberation of Palmyra reflects growing concerns that Assad, Hezbollah, and other Iran-backed Shiite militias are now poised to march on Deir ez-Zor – and then on Raqqa.

With the “moderate” opposition in the west subdued, a victory in the east would mean Assad has conquered the entire country. Clearly, that raises the question of what happens next. That is, it’s rather difficult to depose someone who has just vanquished the last vestiges of the opposition. Still, you shouldn’t expect Washington, Riyadh, Doha, and Ankara to give up on the effort to oust the Alawite government just yet, which is why we weren’t surprised when London-based al-Hayat reported that the US and Russia had agreed on a plan that would see Assad take refuge in an as-yet unnamed country once a political transformation has had time to take hold. 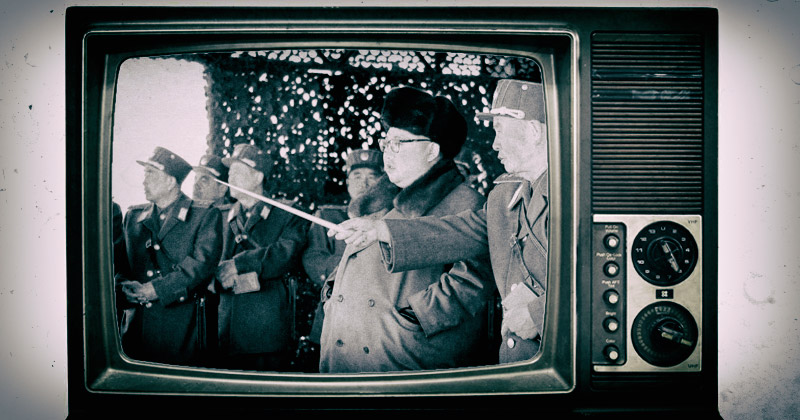 The missile was fired from the North Korean resort town at Wonsan at 5:40 p.m. (08:40 GMT) and flew northeast over the sea for about 200km (124 miles) before it appeared to make contact with land, Yonhap reported.

It comes just one week after the North reportedly launched additional short-range missiles in the direction of the Sea of Japan.

Just days prior to that launch, Pyongyang carried out a ballistic missile test, firing two rockets into the sea.

Both Russia and China have criticized North Korea, saying they do not recognize its nuclear ambitions, and that leader Kim Jong-Un should listen to the UN Security Council’s demands to return to the negotiation table.

However, both Moscow and Beijing agree that rising tensions on the Korean peninsula should not give the US a pretext to deploy a missile shield in the region.